The opposite of her edgy 2018 single “Look What You Made Me Do,” Taylor Swift’s newest single “Me!” is a bedazzled self-love parade in a world of pastel, rainbows, and kittens. Ever since Kanye hijacked her VMA acceptance speech back in 2009, Swift has been determined to re-capture her narrative. Her attempts have been in full-effect with each one of her singles in the last few years. And “Me!” is just the latest in the line of narrative creation.

Her most self-indulgent single and music video so far, Taylor plays the Mary Poppins of pastel who rules a land of unicorns and butterflies. Fans love the video’s subliminal messages alluding to everything from a potential Dixie Chicks collaboration to the rumor that the kitten Taylor receives in the video is actually the newest addition to the Swift family in reality. Some fans who have analyzed the video believe that the rainbow-laden music video happens within some type of cocoon. And after a second (and third) watch, it does seem like the rainbow parade does indeed happen in the confines of some type of protective shell. Some wager that the cocoon symbolizes Taylor’s sanctuary of formation that she will soon break free from as the butterfly she really is.

Taylor said the reason she made “Me!” was that, “With a pop song, we have the ability to get a melody stuck in people’s heads. I just want it to be one that makes them feel better about themselves, not worse.” Taylor makes use of the unicorn trope throughout both lyrically (“never find another like me”) and symbolically as it alludes to her own high view of self – a paradigm she hopes all listeners latch on to. But the rainbow of self-love quickly divulges to blurred narcissism as Taylor’s “originality” teeters on the brink of disappointment with the songs impossible ultimatums: “Other lovers won’t be like me,” “I’ll never bore you,” “You’ll never find another like me,” “I promise that nobody’s gonna love you like me.” With someone with a long list of ex-lovers (I couldn’t help it), these statements sound more desperate than desirable.

The list is endless when it comes to poking fun at all the ridiculousness of “Me!”. From the poor French dialogue that the video opens with, to the grotesque number of kittens, to Taylor’s strange interjection halfway through the song that “spelling is fun” which leads to no spelling whatsoever, I can’t do much but shake my head and laugh. But the common thread that runs through Taylor’s song and the stories of our lives, that I’d rather not admit, is that I too share an obsession with the story of my life. It’s laughable the lengths Taylor Swift will go to reclaim, reshape, and resurrect her narrative. But what’s equally humorous is how far we go to think well of ourselves within the comfort of our own self-made cocoons. Unlike Taylor’s awful pastels and obnoxious attire, my fantasy filters cast me as a perfect blend of sophisticated and chill. In my constructed cocoon I think my words are profound and precisely delivered. My humility is my pride and joy. I don a tailored suit that I managed to find at a great deal from a bespoke clothing line in Brooklyn. For fun, I dunk on Joel Embiid. But what I imagine myself to be rarely correlates with who I actually am. My self-curation, more often than not, is born out of insecurity. There may not be anything else in common between my fantasy-of-self and Taylor’s except the gaping chasm that separates fantasy from reality. Whether the cocoon is bedazzled, dilapidated, “authentic,” or white-washed like the tombs of old, their ongoing maintenance is exhausting. 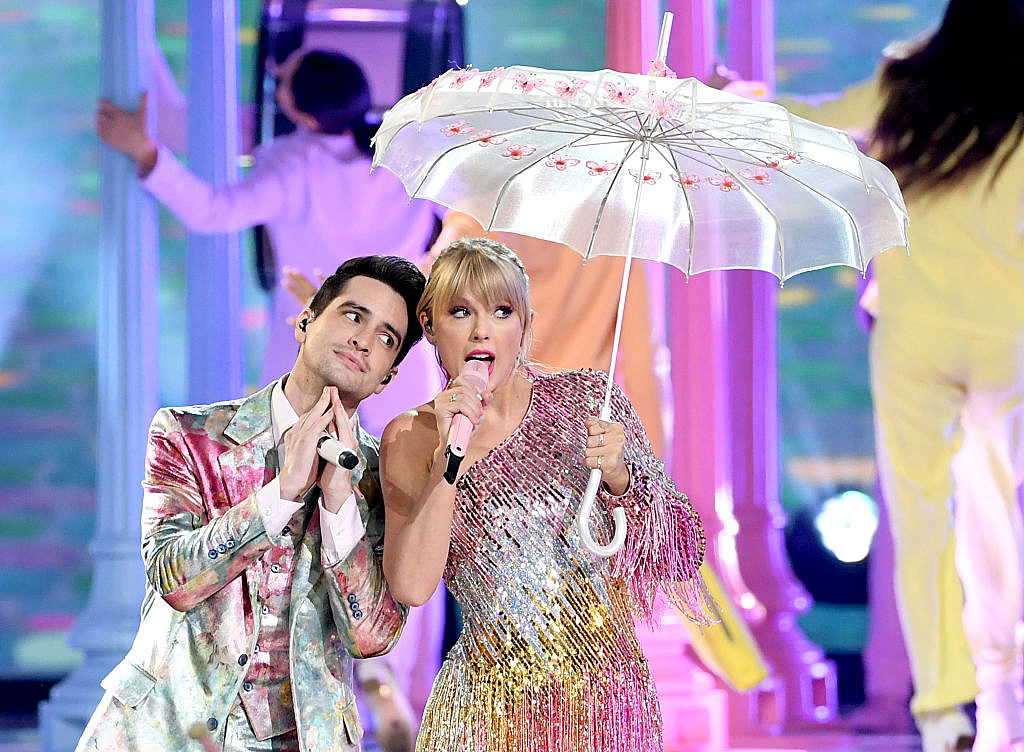 Rolling Stone recently wrote that Taylor’s singles have historically been outliers for the albums to follow. And as “Me!” works its way through the airwaves this spring and summer, I hope the pattern Rolling Stone identified is true with this next chapter of Taylor Swift. I hope the next album has her breaking free from fantasy to reality and we can hear more about the narrative she’s been given rather than the one she’s still trying to curate. Until then, I hope we all can come to our senses. That, or trust that someone can break in and love the nonsense right out of us. Wouldn’t that be a doozy…