A trippy tale of forgotten love, Eternal Sunshine of The Spotless Mind follows the relationship and subsequent break-up of Joel Barrish (Jim Carrey) and Clementine Kruczynski (Kate Winslet). Their story, in all of its indie glory, explores what life could be if we had the choice to forget sadness and pain. 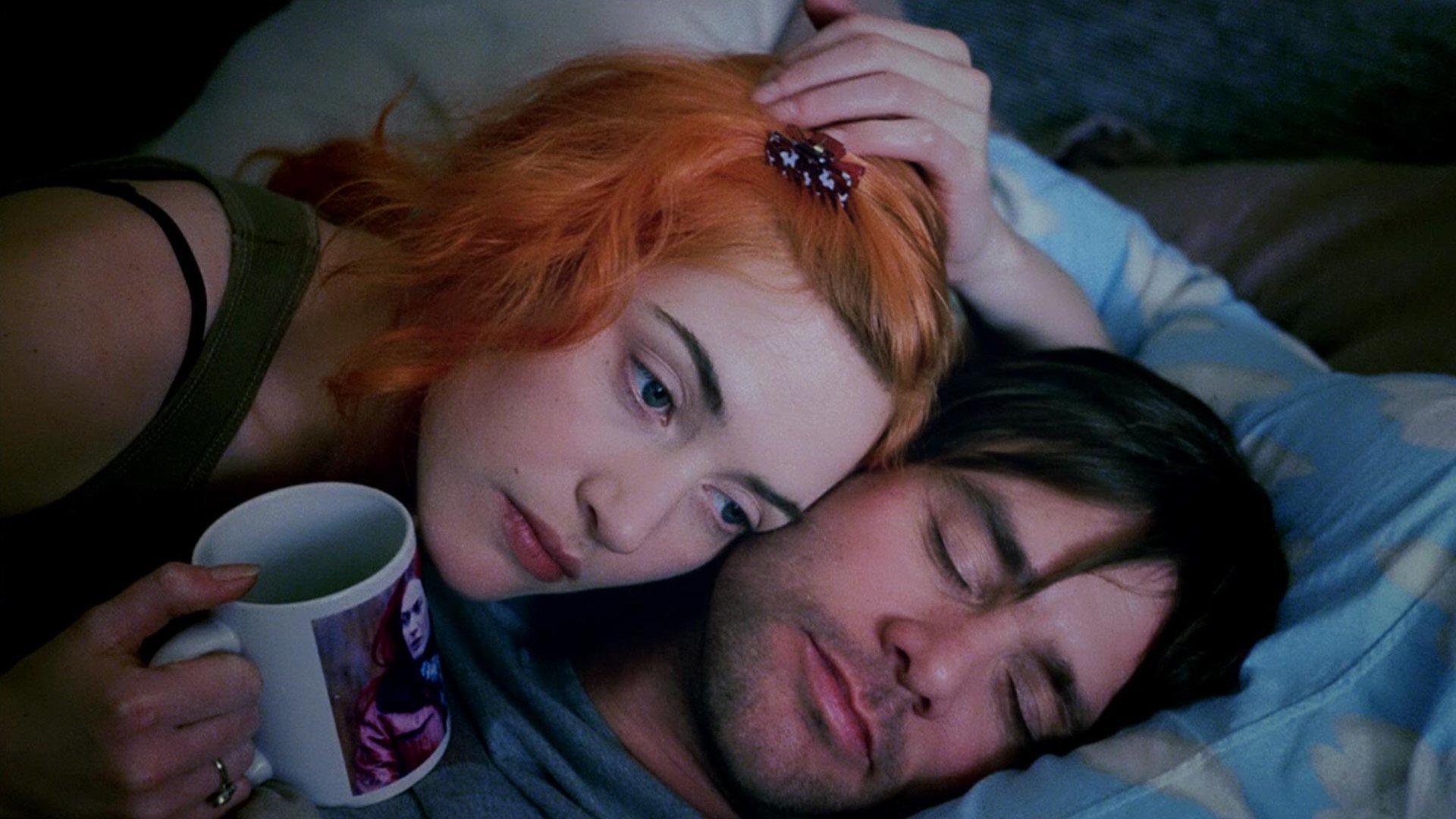 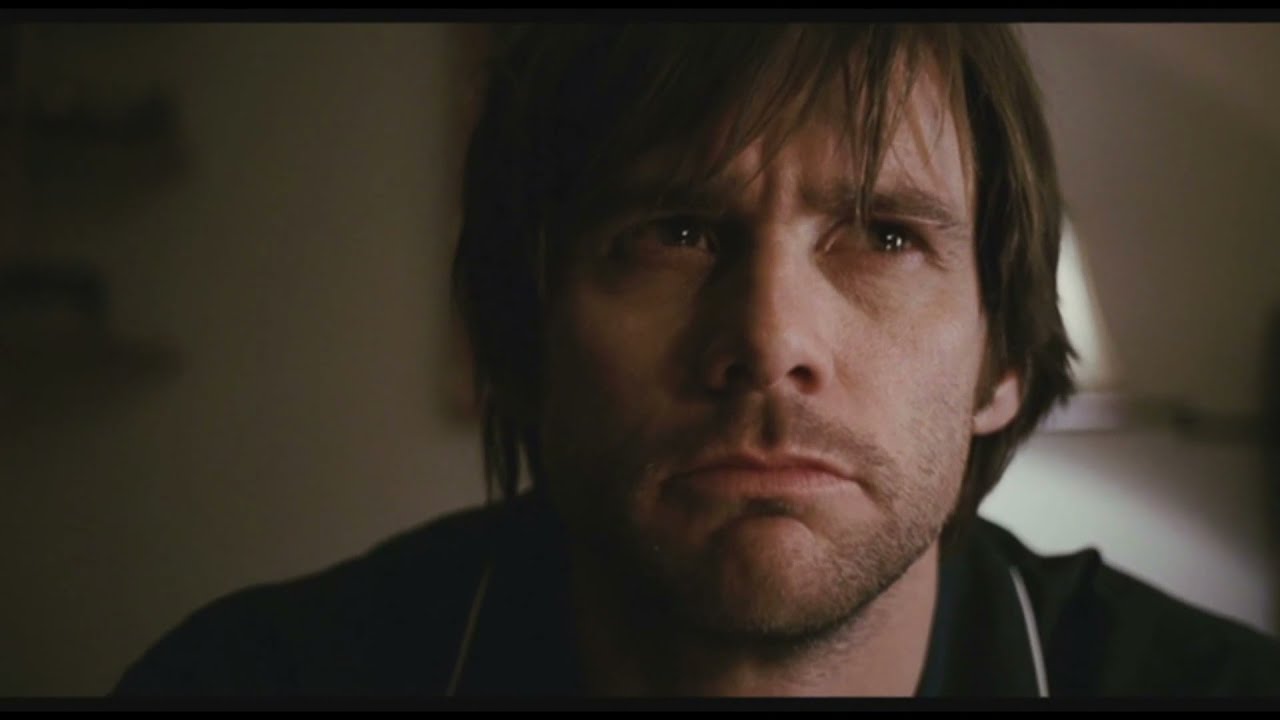 The films anachronistic timeline is disorientating as the story rotates through a dizzying compilation of reality, memory, and subconscious. The LaCuna process begins by erasing the most recent memory and works backward while the movie progresses. But as the LaCuna team erases Joel’s memory of Clementine, his subconscious refuses to release the memories willingly. Instead of a standard procedure, the LaCuna staff have to chase Joel’s subconscious as it tries to hide the memories of Clementine in the deepest parts of his psyche; hoping to keep a fragment of her before the morning comes and the machine removes Clementine completely from Joel’s memory.

The movie’s title comes from Alexander Pope’s poem Eloisa to Abelard which we hear an excerpt from halfway through the movie:

How happy is the blameless vestal’s lot!
The world forgetting, by the world forgot.
Eternal sunshine of the spotless mind!
Each pray’r accepted, and each wish resign’d.

The film takes Pope’s lines literally as LaCuna provides a way to achieve the spotless mind; a mind free from pain and heartache. Waiting for his first appointment, Joel sits in a crowded doctor’s office with other patients waiting for their spotted minds to be wiped clean. Each holds a box of cherished belongings reminiscent of loved ones: trophies, dog bowls, photographs. All carry the weight of loss; either taken by death or separated by humanity’s tendency to sever relationships. The waiting room is a mirror for all of us who carry baggage often hidden, often overflowing. The film conveys that the fall from innocence isn’t an easy climb back to the summit. As LaCuna removes Joel’s memory, he realizes that the tethering of love and pain means that to get rid of one invariably means losing the other. The closer they get to the beginning of their relationship, the more Joel doesn’t want to let it go. As Joel and Clementine play hide and seek in the caverns of Joel’s subconscious, they fall in love all over again.

Joel wakes up the morning after the memory-wiping procedure in a fog as the movie reaches its end; his mind no longer filled with the memory of Clementine. But as he shakes off his sleep, he can’t help feeling that he’s missing something, someone. The memory wipe has gotten rid of his knowledge of Clementine, but his heart pulls him back to love. He spontaneously hops on a train to Montauk, the site where he and Clementine first met, and in the train he meets Clementine whose heart had also called her to Montauk.

Throughout the day, the two rekindle their friendship, both cautiously interested in the other. The spontaneous trip-turned-date takes the two back to Clementine’s apartment where she grabs a few items before heading to Joel’s place; toothbrush, clothes, unopened mail. As she sorts through the mail, she finds a package mysteriously mailed to her by LaCuna, it’s contents, a recording with Joel’s name on it. They play the recording and in horror listen to Clementine berate Joel and reveal his insecurities and failures as a boyfriend. When they get to Joel’s apartment, a similar Lacuna package awaits for him. The two grimace at the cruel words Joel had for the apparent stranger right in front of him as his recording plays. Criticism of the most sensitive areas of your life isn’t the natural starting points for most relationships. We always try to hide the ugly or crazy parts of our lives, especially when it comes to impressing the ones we fancy. But instead of running, instead of returning to LaCuna to wipe away the pain, Joel and Clementine do the unthinkable. They look at each other as the spots start to form on their unblemished hearts, and they agree not to run. They shrug, they smile, they laugh, they stay and their new relationship begins in brokenness.

I’ve often thought about what to make of Adam’s first sin that fateful day in the garden. It doesn’t take long until I’m entangled in an existential mess of confusion. But despite my feeble attempts to make sense of the problem of pain, I’ve found comfort in reconsidering what the fall of Adam says about Jesus, rather than about me. If we never sinned, God’s love would’ve been for those who had not yet wronged him, who felt and knew no shame. Whose hearts were spotless until they weren’t. It’s easy to love someone who’s never wronged you, but love begins to cost something when it’s not deserved. I don’t think God’s love for us changed after the garden, but I think that our waywardness was just the thing for him to demonstrate the length his love is willing to go. There are events in my life that I often wish to forget. Things that have caused me to grimace in pain, actions that I’ve taken to cause pain. And if a recording of what I really thought was played for the ones that have wronged me and that I have wronged, I’d throw the recording out the window. But in an act of upside-down love, Jesus does not dismiss the pain or erase it from his memory; he takes the cup of wrath and sin, a cup I’ve willingly poured refuse into and swim laps in, and drank every last drop. A relationship with Jesus does not require a spotless past, it means letting him have his way with your spotted heart. Francis Spufford says:

“Mended is not the same thing as never broken. We are not being promised that it will be as if the bad stuff never happened. It’s amnesty that’s being offered, not amnesia; hope, not pretense. The story of your life will still be the story of your life, permanently. It will still have the kinks and twists and corners you gave it. The consequences of your actions, for you and for other people, will inexorably roll on. God can’t take these away, or your life would not be your life, you would not be you, the world would not be the world. He can only take from us – take over for us – the guilt and the fear, so that we can start again free, in hope.”

For Joel and Clementine, a restored relationship begins with honestly admitting their own flaws and grievances with another. It is a faint echo of a Love that never lets go, found once and only at the bloodied, level ground beneath the shadow of a cross.

2 thoughts on “When Pain and Love Walk Hand in Hand: The Irony of Eternal Sunshine on Good Friday”