Last year, audiences saw Ray Romano as a tender, well-intentioned, albeit flawed father attempting to care for his hospitalized daughter in the indie film, The Big Sick. This year, Romano continues to impress in the dramedy genre in the Netflix original Paddleton – a buddy film about two best friends grappling with an incurable cancer diagnosis.

In the majority of the film, Andy (Romano) and Michael (Mark Duplass) do a variation of what all best friends do: they build puzzles, eat pizza, watch their favorite movie, and play a made-up game called “paddleton” (a strange blend of racquetball, target practice, and walking). Just like the friendship of Andy and Michael, the film’s pace is simple, methodical, and laced with humor. In typical best friend fashion, they’d rather do nothing together than something with someone else (especially if that something else is small-talk, an activity both despise).

But the delight of the buddy film is set with the backdrop of inevitable sadness. The first scene of the film reveals that Michael has terminal cancer with just months to live. What is more, he chooses to end his life early with a euthanasia medication recently made legal. And with no one else in his life but Andy, he asks his best friend to keep him company for the last months and aid in the distribution of the fatal medicine.

Despite the dismal situation, the laughs still find a way into the fabric of the film all due to the dynamic friendship and unbelievable performances by Romano and Duplass. Even with their exclusive friend group of two, their unique friendship seems intimately familiar. Their mundane camaraderie evokes the best aspects of a buddy friendship: made-up games, what-if questions, and an affinity for pizza. My childhood best friend would often use the age-old adage “time enjoyed wasting is not wasted time.” The duo embodies this in a way we could only dream of reaching.

Paddleton perfectly captures what it looks and feels like to leisurely plod alongside a dear friend; the deep camaraderie causing the heart to swell. But Michael’s cancer and euthanasia decision takes that same heart and shatters it into a million pieces. And at its core, that’s what Paddleton does: it repeatedly swells and breaks the heart. Naturally, Andy doesn’t know how to deal with cancer and certainly doesn’t want to help euthanize his best friend. In one of the scenes, Andy stubbornly tries to lock up the medication in a child’s pink piggy bank. Feeling frustrated at Andy’s lack of compassion Michael yells, “I’m the dying guy!” Not expecting a rebuttal, Michael is momentarily stunned when Andy yells back “yeah, well I’m the other guy!” 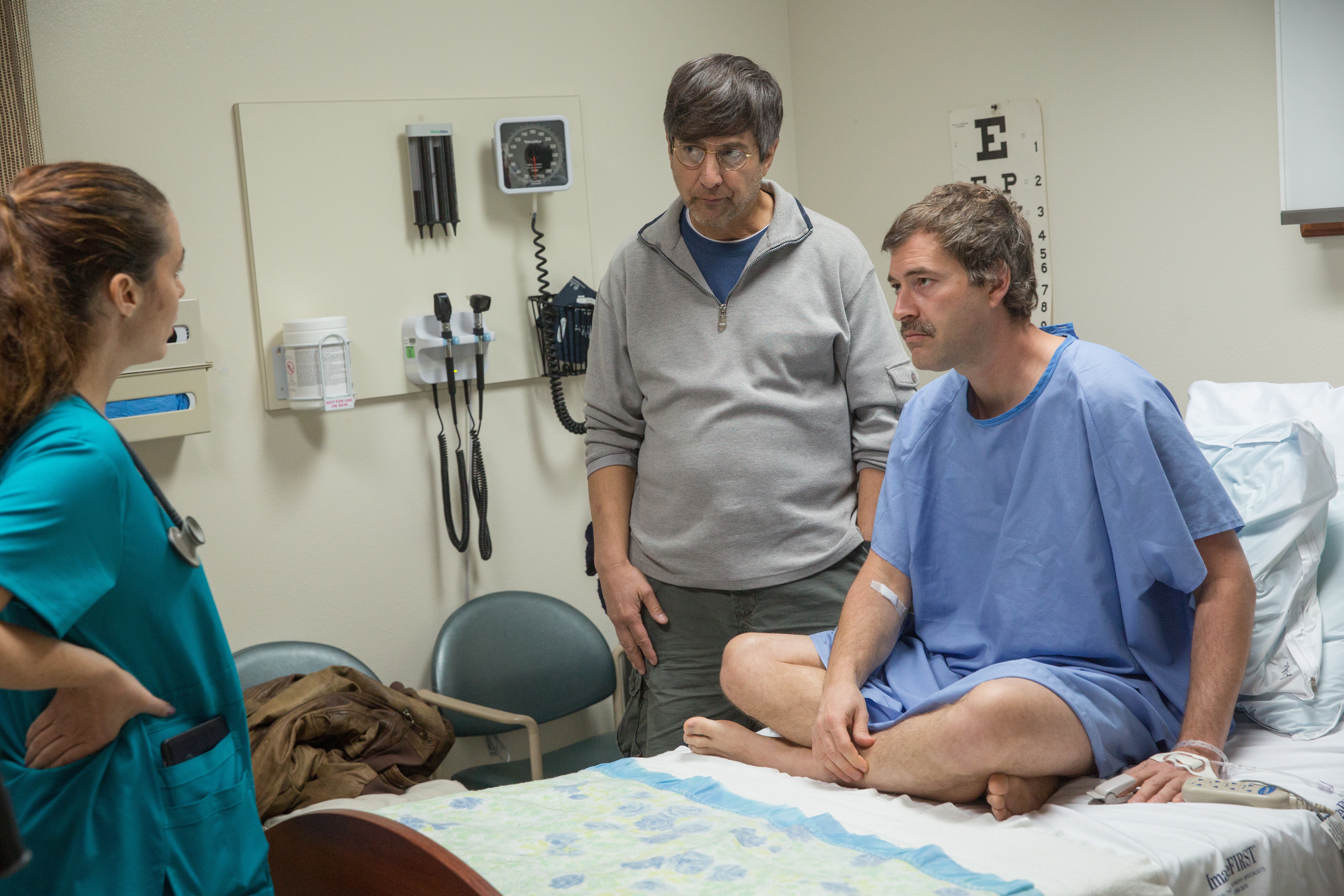 This raw exchange viscerally shows that the choices we make affect others, especially those closest to us. But on a deeper level, it shows that in our sweetest relationships, we (sometimes unknowingly) give ourselves to others. The reason the path to death is so painful for Andy and Michael is that they’ve given parts of themselves to one another over time: each game of paddleton, kung fu movie, and road trip was not just a shared activity but a generous exchange of the very stuff that made them human. Anyone who’s lost or simply has a dear friend runs the risk of leaving this film with bloodshot eyes and an empty box of tissues. Michael’s impending death is heartbreaking but what also splices the heart is his death means that parts of Andy will die too. C.S Lewis addresses a similar sentiment when he loses his dear friend Charles Williams:

“In each of my friends there is something that only some other friend can fully bring out. By myself I am not large enough to call the whole man into activity; I want other lights than my own to show all his facets. Now that Charles is dead, I shall never again see Ronald’s [Tolkien’s] reaction to a specifically Charles joke. Far from having more of Ronald, having him “to myself” now that Charles is away, I have less of Ronald.”

The film fails to take an explicit stance on euthanasia. But it succeeds in showing audience the wreckage death and decisions around death cause. Like all good art, it doesn’t tell – it shows. In a world where autonomy is king, pain becomes a hill we’d rather not climb. And if we don’t give ourselves to another, pain remains a foreign language our hearts dismiss as gibberish. We ironically opt for loneliness instead of pain. But when pain is foreign, so is love. I can only imagine how decisions to end life early, no matter the mode, would be stunted if we’d consider loneliness an epidemic instead of a feeling or took more seriously the healing balm of friendship for the wounds life inflicts. In Anne Sexton’s poem Courage, she says:

“If your buddy saved you
and died himself in so doing,
then his courage was not courage,
it was love; love as simple as shaving soap.”

Love gives itself away. It is as simple as shaving soap. It’s as simple as a game of paddleton played with a friend on a Saturday morning in an abandoned drive-in theatre parking lot. Yes, love may shatter the heart. But at its truest, it always stoops to gather the broken pieces.