The Coen Brothers made their streaming debut on Netflix with their off-kilter western anthology, The Ballad of Buster Scruggs. What may end up being an Oscar sleeper, Buster Scruggs feels like a genre all its own. Part musical, dark comedy, and western, the Coen Brothers succeed again with originality by creating a metaphysical exposé of death in a brutally honest, violent, yet strangely comical way.

Buster Scruggs includes six stories of gunslingers, saloons, and the wide expanse of the great frontier. But beneath the cowboy façades are deep narratives considering the death that knocks on all of our doors. In fact, death takes center stage more often than most actors scattered throughout the short stories. The limited screen time of A-list actors like James Franco and Liam Neeson function like an emblematic shrug to the fact that even the most well-known will eventually be forgotten. In fact, by the end of the movie, I had already forgotten about the character the movie is titled after: Buster’s demise coming to an abrupt end within the first twenty minutes of the film. 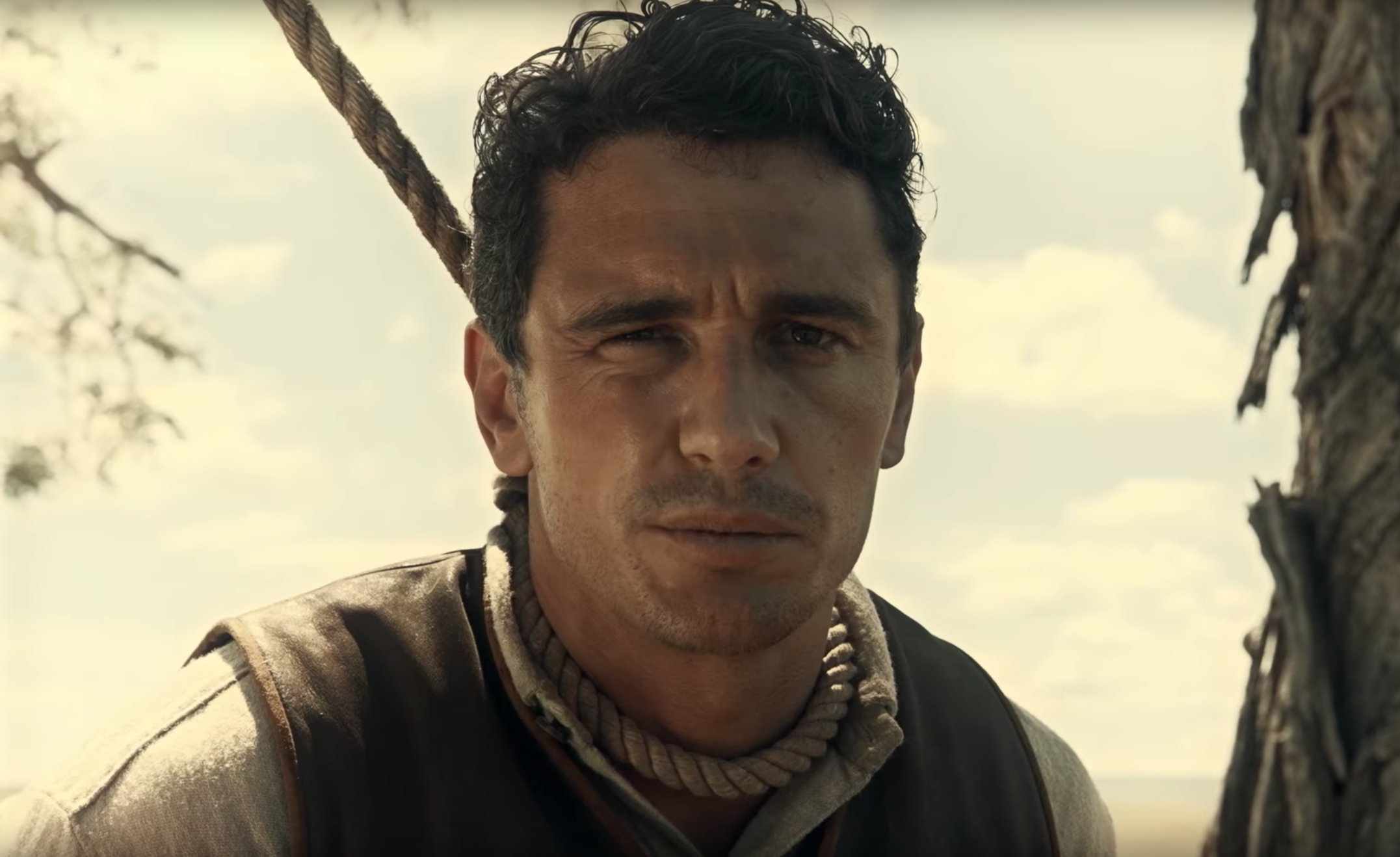 In the final story, a group of coach passengers engage in a discourse about the nature of humanity. And like many a Coen comedy, serious truths are masked in a coat of satire. The pious churchgoer insists there are two kinds of people: good and bad. The weathered trapper is convinced that everyone is the same: all humans are like ferrets. The sun sets as the conversation continues and before they know it, golden hour has turned into the noir of night. In the darkness, the steward of the coach who has gathered the travelers interjects and quickly brings their conversation to a halt. In the eerie darkness, he coolly remarks: “It’s as you said, madame, there are two kinds of people. In our line of business, they are dead or alive.” The passengers quickly learn they are on a carriage run by bounty hunters and become speechless as they consider for the first time where the train may be headed. They dread it but they dare not speak it: there is no stopping their trip towards death.

The bounty hunters, credited as the Englishman and the Scotsman, are tandem grim reapers. In the story, the Englishman represents the distractions from death, while his partner, the Scotsman, is the final blow of death. If the artistic undertones of human mortality aren’t enough to tip people off to the movie’s central ethos, the Coen brothers spell it out with crystal clarity here. In a chilling monologue, the Englishman tells us the truth none of us like to hear:

They’re so easily taken when they’re distracted, people are. So I’m the distraction with a little story: a little conversation, a song, a sparkle. Then Clarence does the thumping when their attention is on me…You know the stor[ies] but people can’t get enough of them, they’re like little children. Because, well, they connect the stories to themselves, I suppose. And we all love hearing about ourselves, so long as the people in the stories are us, but not us. Not us in the end especially. The midnight caller gets him, never me.

Buster Scruggs forces us to look at ourselves and state the facts: the relationships you have, break, and start, the journey you’re on, the goals you’ve set, the places you’ve been, the home you’ve built and the plans you make have no bearing on the fact that you’re going to die. At the end of the movie, it’s like the directors chuckle as they peer into the hearts of their viewers and smugly say, “What? We’re just being honest.”

Honesty seems to be lacking in today’s view of mortality. Social media filters, cosmetic surgeries, self-betterment programs, and positive thinking function like an opioid to mask the hurt of death. We trick ourselves into thinking that death won’t come for us or at least not as quickly if we follow certain rules and practices. In medieval times, it wasn’t uncommon for people to keep skulls on their desk to remind them that death would come for them. Buster Scruggs is the skeleton on our desk. The gaunt, hollow eyes staring, the mouth curled into a smile as we tend to our coming and goings on this earth. Like the book of Ecclesiastes, Buster Scruggs echoes the dirge that there is indeed nothing new under the sun. No one can escape death; it comes for the bandit, the sheriff, the innocent girl, the prudent housewife, the hustling hooker, the do-gooder, and the thief.

Buster Scruggs may seem like an odd place to start the advent season and most will opt for the Advent wreath instead of a family movie night with the Coen Brothers (probably wise). But the film’s social commentary on death is the exact place we must start from this Christmas season.

Theologian Fleming Rutledge reminds us, “Advent always starts in the dark.” It is in the dark, the realization of our death, that we long most for light. Questions of death have a funny way of unearthing questions of hope. And not just death in a literal sense but its seeping repercussions in our pain, frustration, regret, and ill motives towards others and ourselves. Advent begs the question, “From where will our help come?” Poet W.H. Auden says, “Nothing can save us that is possible: We who must die demand a miracle.” Against all odds, that’s what we get in Jesus. The Impossible that’s willing and able to get tangled up in our death and save us from ourselves. The light we long for breaks through darkness as a babe in the manger. And instead of an answer to our question, we get a person. A person that has come once and has every intention of returning.